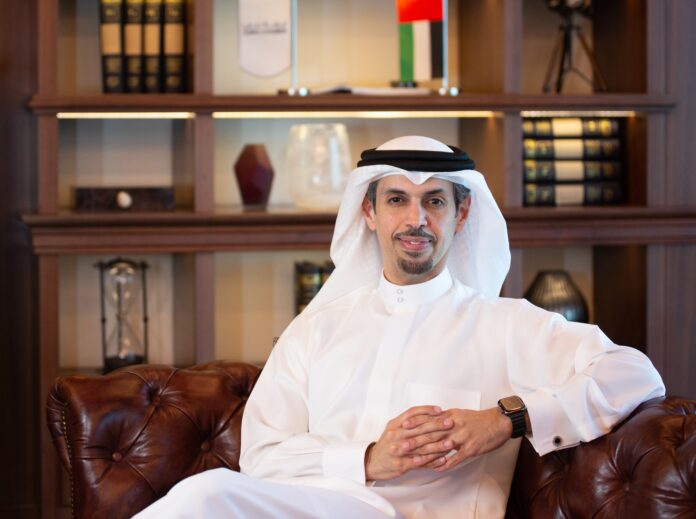 There are currently a wealth of opportunities in LATAM countries for Dubai and UAE investors and Dubai Chamber is actively exploring these. While the global outbreak of the coronavirus has had a huge impact on economic growth across all sectors, we can’t deny that there has also been a silver lining in the form of an acceleration of digitalisation and an increase in demand for Fourth Industrial Revolution technology and related services. The requirement to conduct many aspects of life remotely has increased the need for Fintech, digital solutions, cloud computing and AI. Similarly, online retail and e-commerce is experiencing phenomenal growth as consumers are keen to shop as the economy recovers but want to do so from the safety of their homes.

The opportunities that are presenting are dovetailing with the improved economic outlook for the LATAM region. The International Monetary Fund (IMF)’s October 2021 World Economic Outlook raised its forecast for Latin America, with the increase from its April 2021 outlook the highest in the world. The IMF reported that the region’s 6.3% growth could be attributed mainly to high commodity prices and advanced vaccination campaigns. it is expected that the region’s economy will continue to grow by 4.3% between 2021 and 2025, making its countries prime destinations for bi-lateral trade and offering Dubai- and UAE-based business stakeholders and commercial organisations promising returns on their investments.

Dubai Chamber will be taking a deep dive into these issues – and many more – at the forthcoming GBF LATAM, which has the theme ‘Towards a resilient future.’ Three heads of state, a host of government ministers, and more than 800 delegates representing over 50 countries will be participating in the forum’s comprehensive agenda of presentations, keynote speeches, panel discussions and workshops to discuss ways to leverage increased trade and commerce between our regions with the ultimate objective of creating a more prosperous post-pandemic future for all.

The Global Business Forum LATAM (GBF LATAM) series was launched in 2016 under the patronage of His Highness Sheikh Mohammed Bin Rashid Al Maktoum, Vice President and Prime Minister of the UAE and Ruler of Dubai, to explore new trading synergies and commercial opportunities in the growing markets of Latin America and the Caribbean. GBF LATAM 2022 – the fourth edition in the series – is arguably its most significant. Not only is it being hosted in conjunction with Expo 2020 Dubai, which for the past six months has been a platform for the world to come together, it also takes place at a time when the global economy is rebounding thanks to the global pandemic progressively receding.

With over 190 countries gathered together in one place and with the event the first global event to be held post-pandemic, Expo 2020 Dubai is a unique platform for exploring investment opportunities, forging agreements and promoting international cooperation. As the Official Business Integration partner for the event, Dubai Chamber is taking a lead role in facilitating an increase in trade that is necessary to get the world back onto a pre-pandemic footing.

The figures show that Expo 2020 Dubai has had a significant boost for the local economy. In January this year, UAE-based payments platform Network International reported that international and domestic spending in the UAE had climbed above pre-pandemic levels, which it attributed to the impact of Expo 2020 Dubai.[2] The world exhibition attracted nearly nine million visitors during its first three months, with 30 per cent of all visitors coming from outside the UAE. This figure had climbed to 16 million visitors by the end of February.[3] The expo has also had a positive impact on real estate transactions in the UAE. In December last year, the UAE-based real estate group Property Finder reported that year-to-date real estate deals reached USD36.8 billion, up by 88 percent from the previous year and the highest since 2014.[4] As the Official Business Integration Partner for the expo, Dubai Chamber is one of the event’s most important catalysts for improving all aspects of business related to the expo.

We believe that the expo will have had a significant positive impact on Dubai’s trade with the LATAM region. Dubai-Latin America non-oil trade in the first half of 2021 reached USD3.67 billion, with the top trading partners for this period being Brazil (USD890 million in bilateral trade in H1-2021), Mexico (USD590 million), Peru (USD574 million), Guyana (USD348 million and Surinam (USD299 million). LATAM trade volumes grew 9.5% in 2021 and are projected to continue growing over 2021-2025 at an average of 5.8% for imports and 6.7% for exports. This represents a significant increase to the average trade growth rates during the 2015-2019 pre-pandemic period, which were 1.9% for imports and 1.3% for exports. We believe that the next raft of trade figures will show a further increase, thanks in no small part to the influence and impact of Expo 2020 Dubai.

One of Dubai Chamber’s main functions is conducting market analysis to highlight potential opportunities for investors. In February this year, the chamber’s Economic Research Department released a report, ‘LATAM Economy and Business Opportunities with Dubai’ that highlights the advantages for Dubai companies and investors in doing business with countries in the LATAM region. This market insights document revealed the most significant aspects of trade between Dubai, the UAE and the LATAM region.

Beyond the new opportunities that are presenting around digitalisation and Fourth Industrial Revolution technology, business stakeholders in Dubai are investing significantly in the renewable energy sector, the need to create clean and non-polluting forms of energy to combat climate change creating huge demand in this area. Uruguay in particular is a focus for renewable energy investment from Dubai.

The priority of feeding growing populations and staying on track for the United Nation’s second Sustainable Development Goal – Zero Hunger – is driving innovative food security solutions and an increase in agricultural items and food products trade, with investments into Brazil, Argentina and Paraguay – leading global food exporters – coming from Dubai. Other areas of growth that are exciting at this time are biotechnology, data analytics, logistics, pharmaceuticals and healthcare, all of which are attracting foreign direct investment from Dubai and UAE businesses.

In March 2021, His Highness Sheikh Mohammed Bin Rashid Al Maktoum announced that Dubai had the target of increasing the value of its global trade from the current USD380 billion to USD545 billion over the next five years. Accompanying the announcement was the declaration that Dubai Chamber would be restructured into three distinct chambers of commerce, each with a dedicated area of focus. The new structure sees the chamber evolve into three separate and distinct entities – Dubai Chamber of Commerce, Dubai International Chamber, and Dubai Chamber of Digital Economy, each with its own individual mandate and strategy.

By facilitating a more targeted approach towards key sectors, Dubai Chamber aims to be a catalyst for Dubai’s economic transformation and underline its credentials as the world’s most dynamic and attractive business hub, for companies, investors and talent. The repurposing of the chamber’s functions recognises that there are huge changes sweeping across the world, driven by the Fourth Industrial Revolution, remote working and the need to ensure sustainability. It supports the need for adopting new business models that enable Dubai and its business community to capitalise on rapidly emerging opportunities, accelerate sustainable development, and drive the growth of Dubai. With respect to boosting trade between Dubai and the LATAM region, it will be Dubai International Chamber working closely with its three international offices in the region that is responsible for meeting the new targets and setting a course for mutual growth and prosperity.

Dubai Chamber has three international offices located in the LATAM region, all of which are instrumental for increasing bi-lateral trade and promoting commercial opportunities between the Latin America and Caribbean countries and Dubai and the UAE. The chamber opened the first of its trio of LATAM regional offices in São Paulo, Brazil, in August 2016, with the second established in Panama City, Panama in March 2018. The chamber’s third international office for the LATAM region opened its doors for business in Buenos Aries, Argentina, in June 2019. The three facilities form part of a USD27 million campaign to raise awareness of trade and investment opportunities in Latin America and the Caribbean, with new sectors that promise high potential, such as fintech, food security and renewable energy a strong focus.

The three Dubai Chamber LATAM offices do so much more than ensure the smooth flowing of trade through their technical operations. They host regular meetings, seminars, networking events and awareness sessions to promote bi-lateral opportunities for members of the business communities in Dubai and their respective region of operations. One of their key functions is to receive business delegations that establish first contact with Dubai Chamber members and their counterparts keen to explore new opportunities and to facilitate the initial face-to-face interactions that are essential for business. An indication of the effectiveness of the offices can be seen in the trade statistics for Panama. From 2018 when the office was opened to the first half of 2021, Dubai-Panama non-oil trade reached USD141 million, a 157% increase from 2017 and 2020[SB1] . All three of Dubai Chambers’ three LATAM offices are integral to Dubai’s strategy of ramping up bi-lateral trade between our two regions and all three are indispensable for both Dubai’s and LATAM’s economic success.